Why is Watford such a commuter hotspot?

Having lived and worked in Watford for a number of years, (more than I’d like to admit to) it makes me proud to say that Watford has been voted 7th out of 116 of London’s best commuter hot-spots. Although I am not surprised as my home town has so much to offer.

Anyone that already lives here will know the reasons why, award winning green flag parks, a top 20 UK shopping centre in the form of Intu Watford and an established Premier League team in Watford FC.

For those that don’t know, there are may reasons why Watford is a fantastic place to live. You can jump on a train at one of three stations and easily get into London. Fast trains from Watford Junction to London Euston take just under 20 minutes, so it really is an ideal location for commuters. There is also easy access to both the M25 and M1 motorways connecting you to the rest of the country, including airports. Watford also boasts a lot of green space, making it  perfect balance of rural living with city connections. There are places of natural beauty nestled within residential roads such as Cheslyn House and its wonderful walks. You are also not short of entertainment options with plenty of bars and restaurants to choose from, including Wagamama’s, Bill’s and TGI Friday’s, as well as an Imax cinema and bowling complex.

This is just a short snippet of what Watford can offer and if you throw in to the mix that the average house price is some £60,000 cheaper than London itself what’s not to like?

Watford has recently benefited from huge investment but there are plenty more exciting things to look forward to int he future as well, including an E-Car club scheme for residents, a new bus service and also a bike hire scheme coming later this year.

So, Watford is currently 7th out of 116 for London commuter hot-spots, Watford FC are 8th in the Premier League with a potential trip to Wembley on the horizon and Cassiobury Park is an award winning Green Flag park. What are you waiting for? Give us a call us now on 01923 252505 to discuss any properties we have available that could fit your requirements. 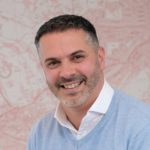